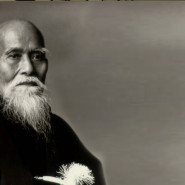 The Art of Aikido

Posted by aikidoesc on Apr 13, 2015 in Dojo Highlights, Featured, The Dojo Posts | Comments Off on The Art of Aikido

Aikido is a powerful, graceful art founded early in the 20th century by Morihei Ueshiba. It was Ueshiba O’Sensei’s conception to find a peaceful way to resolve conflict unlike traditional Japanese martial arts which put victory at all cost as priority. O’Sensei conceived of “a way of harmony” which is the foundation and very meaning of “Aikido”. O’Sensei’s idea of promoting harmonious interaction among members of society became Aikido which is now practiced by so many worldwide.

Aikido philosophy is to avoid harming others whenever possible. Although Aikido is primarily a self defense art, it was founded on the philosophy of being in harmony with your attackers rather than being in conflict with them. The ideal of Aikido is not to think of overpowering and defeating an opponent, but to harmonize with them both spiritually and physically. Aikido techniques express elements of philosophy, psychology, and physics. As techniques and movements are learned, at the same time, minds are trained, health is improved and self confidence is developed.

Through the physical practice of the self-defense techniques, the Aikido student comes to appreciate and understand the mental and spiritual aspects of Aikido.  See the documentary video about the life of Ueshiba O’Sensei.